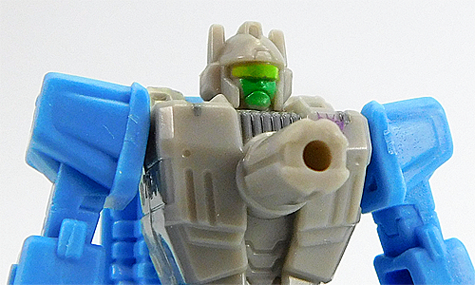 Official images and text below in italics are from Amazon.com:

In 2018 the "Power of the Primes" line finished off the "Prime Wars Trilogy" which had begun with "Combiner Wars". To kick off a whole new G1 inspired series of "Generations" figures, a new line known as "War for Cybertron: Siege" started in late 2018 (with a planned wide release in 2019). This line introduced new Classes of Transformers figures into the mix seen the last three years. In place of the "Master" price point at $5.99 USD MSRP, Titan Masters and Prime Masters have been replaced with Battle Masters. G1 fans will remember these as "Targetmasters", figures that transform from a robot mode into a weapon! Each Battle Master also includes a soft plastic "Fire Blast" effect that can attach to the weapon modes, bringing the figures to life in a new way in "Generations".

Blowpipe was first introduced in Generation One as the Targetmaster paired with the Decepticon, Triggerhappy. Years later he would be reimagined as a Titan Master, again paired with Triggerhappy in "Titans Return". Meanwhile, the Japanese release of Triggerhappy featured a true Targetmaster Blowpipe figure. Now Blowpipe is part of the "Siege" line as a Battle Master robot/weapon. 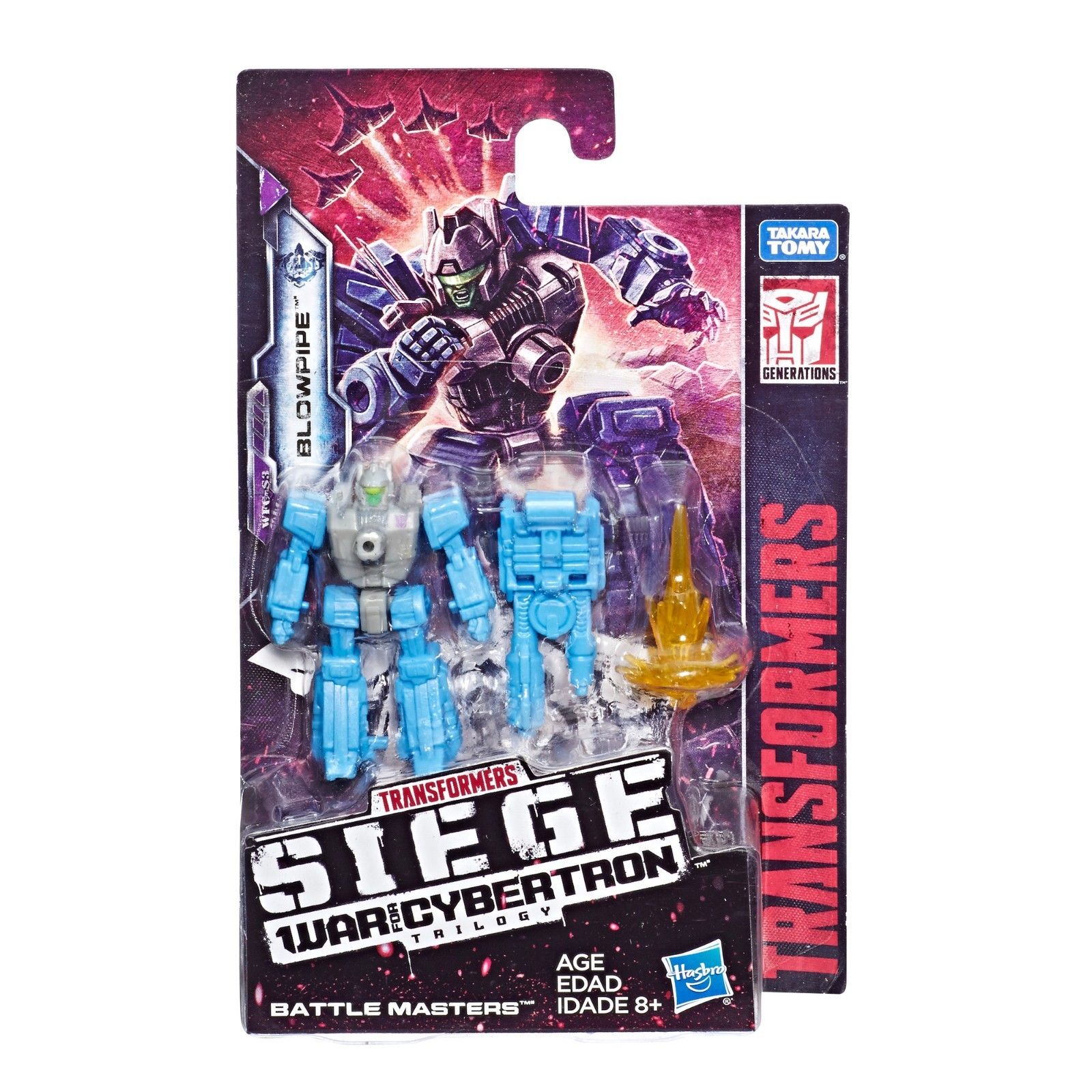 Packaging:
Similar to the Titan Masters and Prime Masters, Blowpipe is packaged on a small bubble card. However, Hasbro has stepped up the artwork to deliver a stronger visual punch. The card itself has artwork for the individual characters against a Cybertronian backdrop. Blowpipe's art features several Decepticon jets flying in the sky behind him as he yells into a walkie talkie. Below him is a large symbol which represents his rank (As of early December 2018, Hasbro has not yet released a comprehensive guide to what symbols correspond to what rank). The name "Blowpipe" and his rank symbol appear in a vertical chevron on the left. The figure is packaged in robot mode with the weapon barrel piece separated (you attach it to his back). His "Fire Blast" effect is on the right side. Under him is the package insert featuring the word "Siege" in giant letters and the "War for Cybertron Trilogy" logo under it. The "Transformers" logo is on top in a much smaller font. Under all that is the term "Battle Masters" next to the age recommendation and Hasbro logo. On the right is a black strip with the vertical "Transformers" logo seen on most "Generations" packaging, the "Generations" logo above it and the Takara Tomy log above that.

The back of the card features the figure in both modes indicating a 6 step transformation. It also shows Megatron holding Blowpipe with his Fire Blast effect on the Decepticon leader's shoulder. There is of course a ton of legal information towards the bottom. 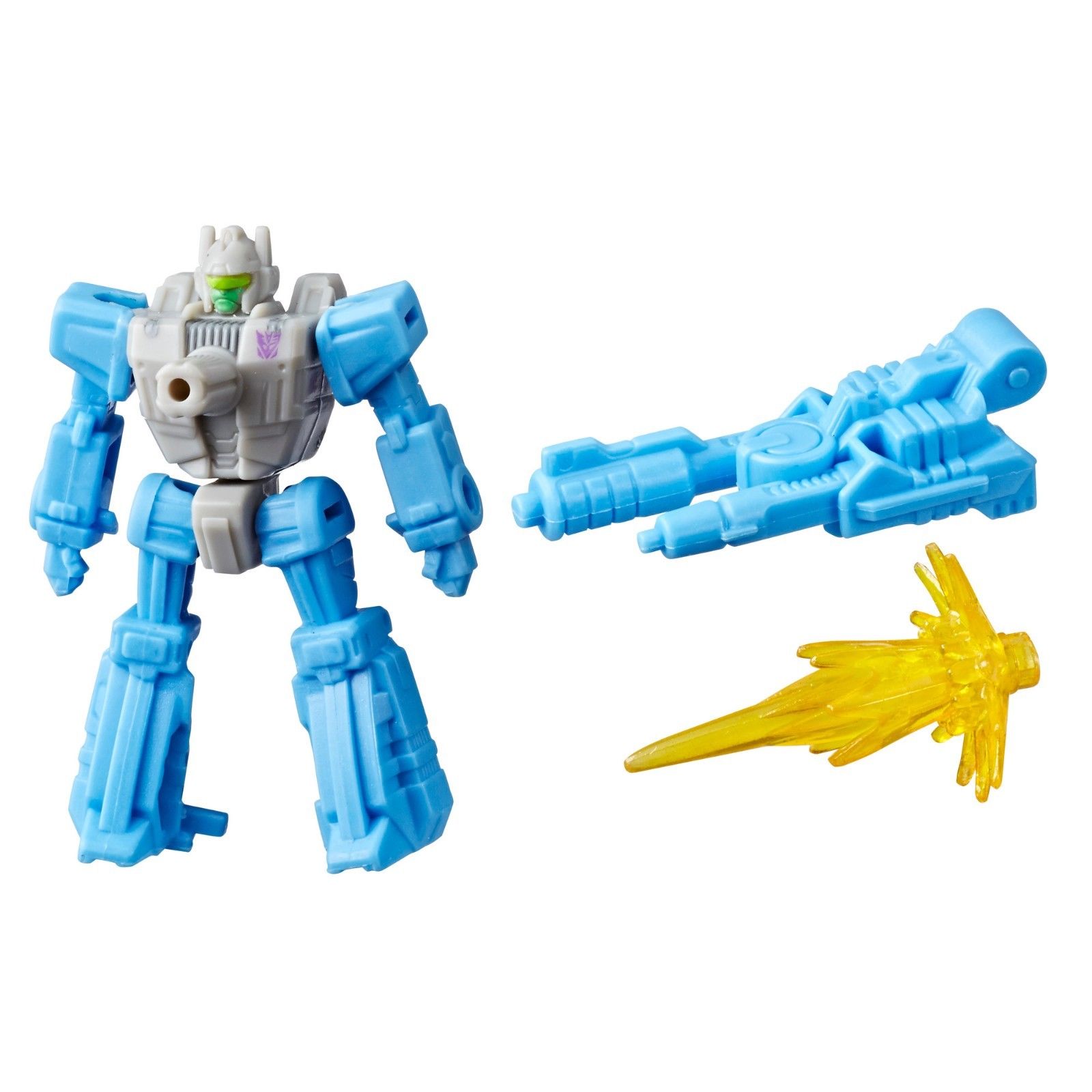 Robot Mode:
One of the most asked questions about the Battle Masters is whether or not these figures are just repaints of the Takara Tomy Targetmaster figures. This figure is absolutely not a redeco/retool of the Blowpipe included with "Legends" Triggerhappy. Not only do both figures have different sculpts and parts, the are not even the same size. The Battle Masters are actually slightly larger than the "Legends" Targetmasters with the trade off being that they are made up of less parts and are not as articulated.

That said, this is still a cool Blowpipe figure. A lot of the G1 Blowpipe design elements carry over to this figure. These include:

There are differences from G1 Blowpipe as well. His "weapon barrel backpack" has the weapon barrels pointing down instead of up and some of the details on the legs are different (like the raised vertical line in front). Overall the figure is easily recognizable to anyone familiar with the Blowpipe character.

Blowpipe is cast in light blue and grey plastic. These colors lean more towards his animated appearance than his G1 toy. The torso and head are grey while the rest is blue. The face is painted green while the eyes are painted a slightly lighter green, which was a surprise. There are tiny grey details on the top of the chest and a purple Decepticon symbol on the left side. These are pretty tiny paint details so it is nice to see them at all.

Blowpipe features four points of articulation: the shoulders and the hips. There is now elbow and/or knee articulation. Each of these points are on ball joints however so the range of articulation is good. On the side of each forearm you will note a small 3mm port. This allows him to connect to other Battle Masters in weapon mode to form a super weapon. However, you can also detach his "back pack" weapon barrel and attach it to his arm! Then add on the Fire Blast effects and Blowpipe can battle it out with Autobots without having to transform! 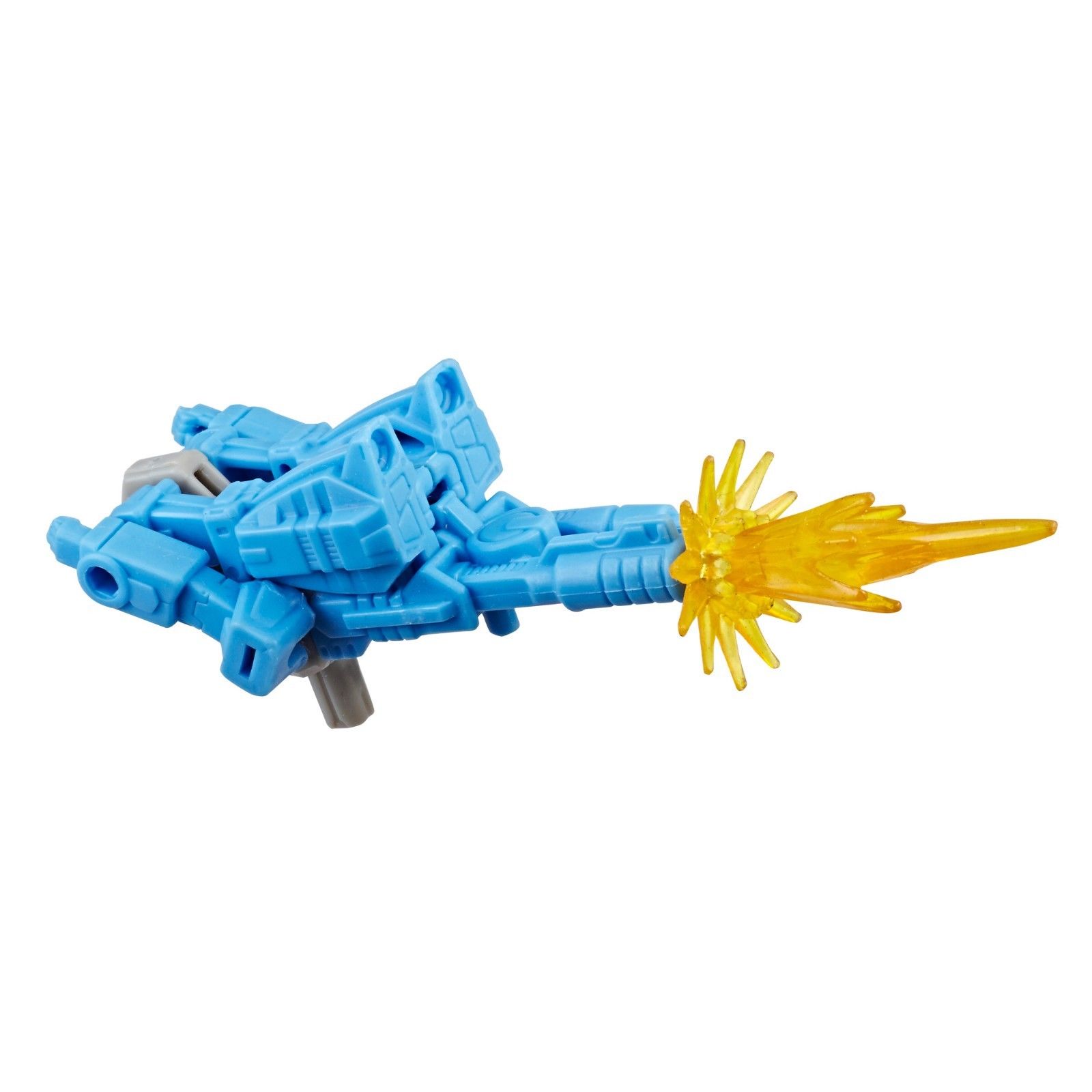 Weapon Mode:
Blowpipe's weapon design is clearly based on the G1 character of the same name, but there are significant differences in the design as well. The front half features two barrels, one large one and a smaller one to the left. This is the part that looks just like G1 Blowpipe in weapon mode. However, whereas G1 Blowpipe's legs swung back and the arms pointed forward, it is the inverse on this figure with the legs pointing forward and the arms swung back.

This mode mostly features blue plastic with grey in the back and bottom. No paint apps stick out in this form so it is a bit more plain looking than the robot mode. Still, there is plenty of sculpted detail to catch your eye.

Blowpipe comes with two "Fire Blast" effect pieces. These are soft plastic accessories that look like a blast and energy firing. These can be attached to the weapon barrel together to make it look like the blaster is firing! These can also be attached to larger figures to make it look like they are being "hit" by weaponry. I really dig this feature. In addition to the 5mm peg on the weapon, this allows an extra level of interaction with larger figures. There is also a 3mm peg underneath, allowing this weapon to connect with other Battle Masters. On top of that there is a 5mm port under the weapon barrels to attach additional weaponry to this mode!

Final Thoughts:
Blowpipe is a very nice update of the original character. Whether or not this figure is superior to the "Legends" version is really a matter of perspective. There is plenty of potential play value and I think the inclusion of 3mm and 5mm pegs and ports was a very smart idea. The Fire Blast effects are super cool (evoking toys like Bandai's figures which include lots of accessories) and fans who did not buy "Legends" Triggerhappy can finally give their "Titans Return" Triggerhappy a proper Targetmaster (okay, Battle Master) weapon! The figure could use a bit more paint (and I would not mind more articulation) but it is totally recommended!