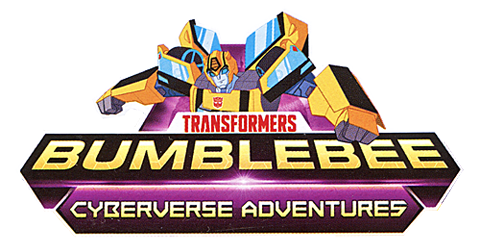 *Images and text below from Amazon.com:
"Picture this: me, on Earth, still cooler than everyone this side of Optimus Prime, but I’ve got zero memories. Now I’m on a mission to recover my memories and discover all of my awesome powers. I’ll have to battle Decepticons, outrun an explosion or two, and be heroic- basically, I’m in for one epic ride across the Cyberverse." -Bumblebee

The War between heroic Autobots and evil Deceptions[sic] continues on the cybernetic animated series! Discover the unique powers and skills of each cyberverse character, and see how those powers will be used to defend earth… or threaten it. Easily convert and attack with Transformers cyberverse action attackers toys! Simply convert Gnaw figure from robot to beast mode in 12 steps. The last step of conversion activates the figure’s mace mash action attack! Once converted, move can be repeated through easy reactivation steps.

kids can collect other action attackers figures, each sold separately, to discover the signature attack moves of favorite characters from the cybernetic series -- one of the best ways to introduce young kids and new fans to the exciting world of transformers! Transformers and all related characters are trademarks of Hasbro. Hasbro and all related terms are trademarks of Hasbro.

In the summer of 2019 a new wave of Cyberverse figures was released. These were largely meant to align with season two of the cartoon titled "Power of the Spark". Among the new figures introduced was a Warrior Class Gnaw. Gnaw has a history going back to almost the beginning of the Transformers toy line. In 1986 the character was released as a Decepticon, but in the animated Transformers: The Movie film the toy was repurposed as a generic trooper known as a "Sharkticon". The trailer for the second season of Cyberverse shows quick flashes of several Sharkticons hinting that they will again serve as a legion of warriors fighting alongside the Decepticons. Back in 2016 a Generations version of Gnaw was released to the pleasure of many fans who used the Legends Class figure as a troop builder to create their own Sharkticon horde. While this figure borrows many design elements of that toy, ultimately it is a brand new figure and sculpt. 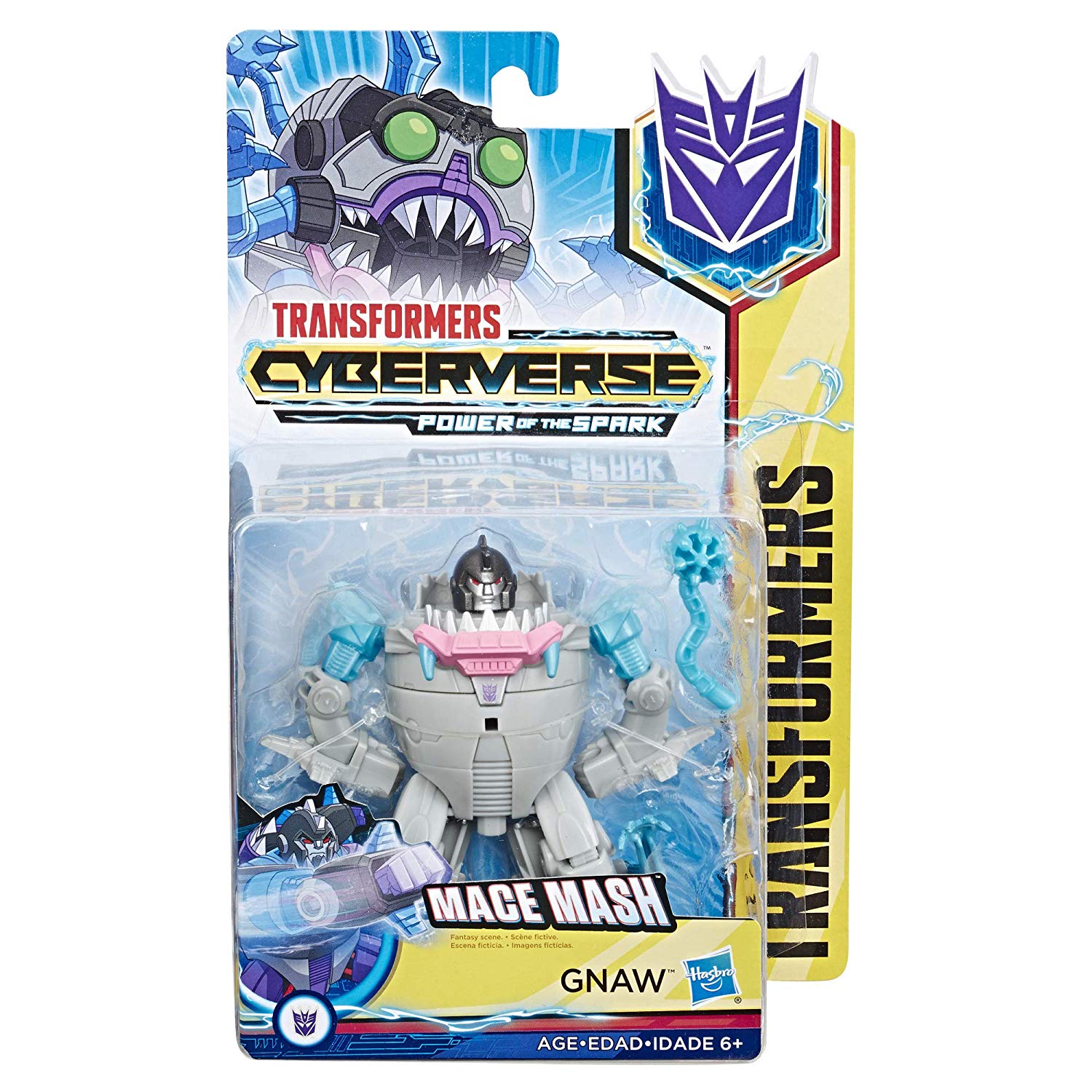 Packaging:
Warrior Class "Cyberverse" figures are packaged on bubble cards. The cards have a new design which takes cues from more recent Transformers packaging. There is still a vertical "Transformers" logo on the right side, above it is a symbol (Autobot or Decepticon based on the character) and the character art is at the top of the packaging with the "Cyberverse Power of the Spark" logo under it. Perhaps the most distinctive part of the packaging design are the colors, which utilize yellow and light blue helping them stand out against the black and red colors used for "Generations" packaging on shelves. The back of the packaging features the figure with its action feature called out. In Gnaw's case she is shown in both modes with a "12 step transformation" and there is a callout for the "Mace Mash" action feature.

The insert on the packaging notes a recommended age of "6+" which is important to keep in mind with this Class of figure. Contrast that with a "Generations" Deluxe (such as Jazz or Sunstreaker) which have recommended ages of 8+. This age recommendation is more along the lines of "Robots in Disguise" Legion Class figures such as Bisk. This partly explains the slightly more simplified transformation and design. 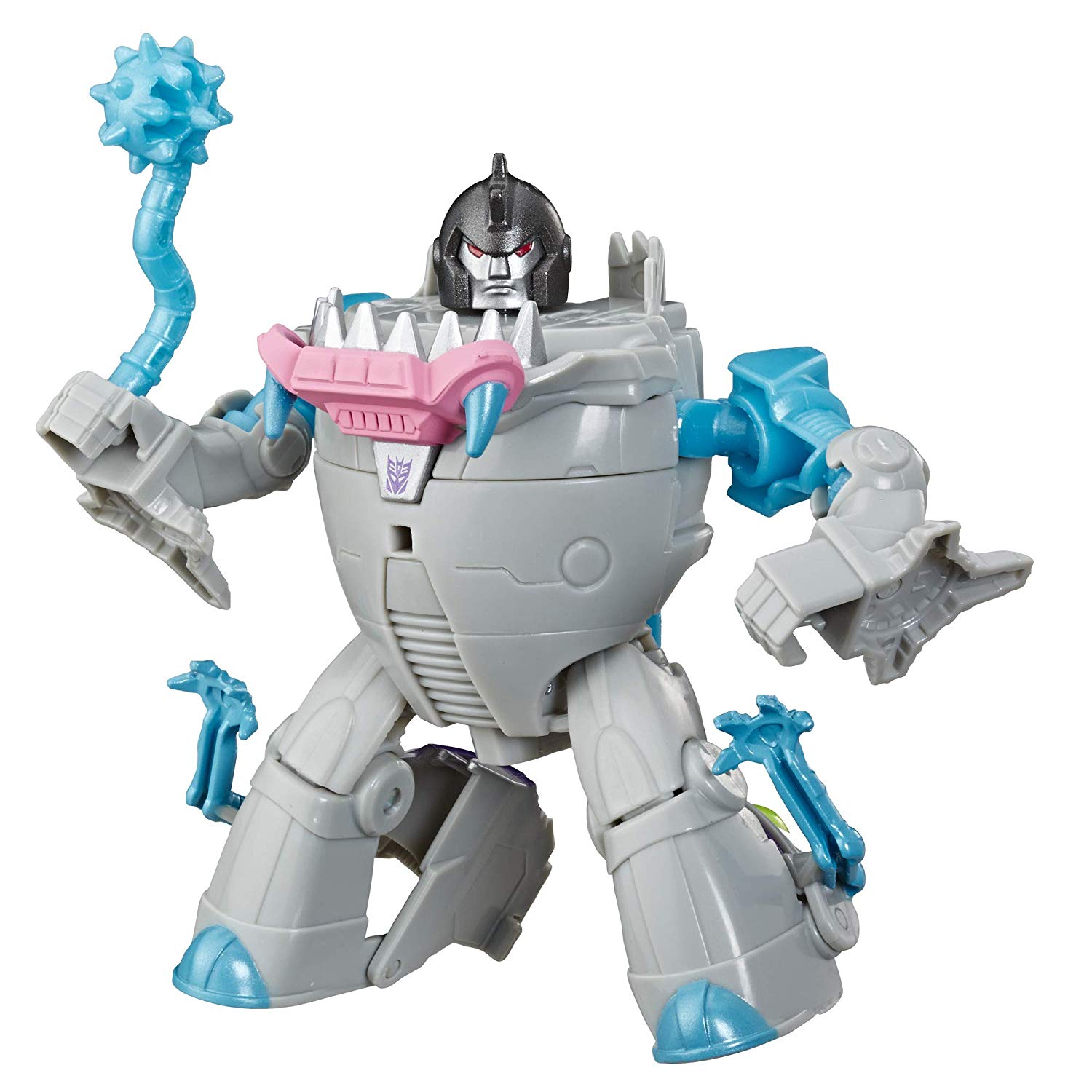 Robot Mode:
The Generations Gnaw figure was a very good approximation of the character's appearance in the Generation One movie and cartoon series. However, with this figure being a "second take" on a modern day Gnaw, the designers seemed to aim towards the figure being a more "animation accurate" version of the character. He has a lot of the design elements you would expect from Gnaw including:

These details were also present on Generations Gnaw, however this figure pushes some of the detailing further towards G1. For instance, the torso down to the waist area is one large, rounded section like the cartoon. On the Generations figure the "round" part cut off at the waist articulation point. Also the proportion of the torso to the arms and legs on this figure is much closer to what was seen in the G1 animation. Finally, his feet are round instead of being more rectangular like the Generations figure. I really love all these tweaks made to the design. Don't get me wrong, I love my Generations Gnaw, but there's always room in my collection for a more animation accurate version of the character!

Gnaw is cast in different colors than the Generations version. He's a bit lighter all around. The grey on him is a lighter shade. The teal parts are a lighter, metallic shade of the color. Even the teal paint used on the figure is a metallic version of the color. His face is painted silver with red eyes. Finally, the center of the chest has some silver paint with a purple Decepticon symbol painted over it. A splash of pink paint is used to paint the lower jaw section of the beast mode mouth. The teeth on this section are painted silver. Overall the deco looks great. It could have used a couple more bits of paint to make him more G1 accurate, but franky that's nitpicking given that this is part of Cyberverse and not a more collector oriented line like Generations.

There are nine points of articulation on this figure. This includes ball joints on the shoulders and hips. The elbows are swivels and the knees do bend. Interestingly, the thighs can lock into the torso via tabs for stability, so if you want to pose him out, you'll need to slide the thigh out of the tab first. This does however wind up mildly restricting what poses he can strike. due to the simplified designs of Cyberverse figures, some design sacrifices are often made, and in this case it involves the beast mode arms. They wind up on the sides of his lower legs, but unlike his Generations counterpart there is no way to swing them out of the way, so they kind of just stick up awkwardly.

Gnaw has an action feature that the Generations version definitely does not. Place the mace weapon in either hand, then lift up the lower jaw piece from his chest. This will "unlock" the section attached to the arms. Now push the fin on his back in and up and let go. The arms will go swinging around in a circle, executing his "Mace Mash" feature. Usually these types of features wind up hampering the figure, but since you can lock the jaw piece in place on the chest, you don't have to use this feature unless you want to. I also have to admit it is kind of fun using it to knock down other figures! I can see kids really digging this action feature. 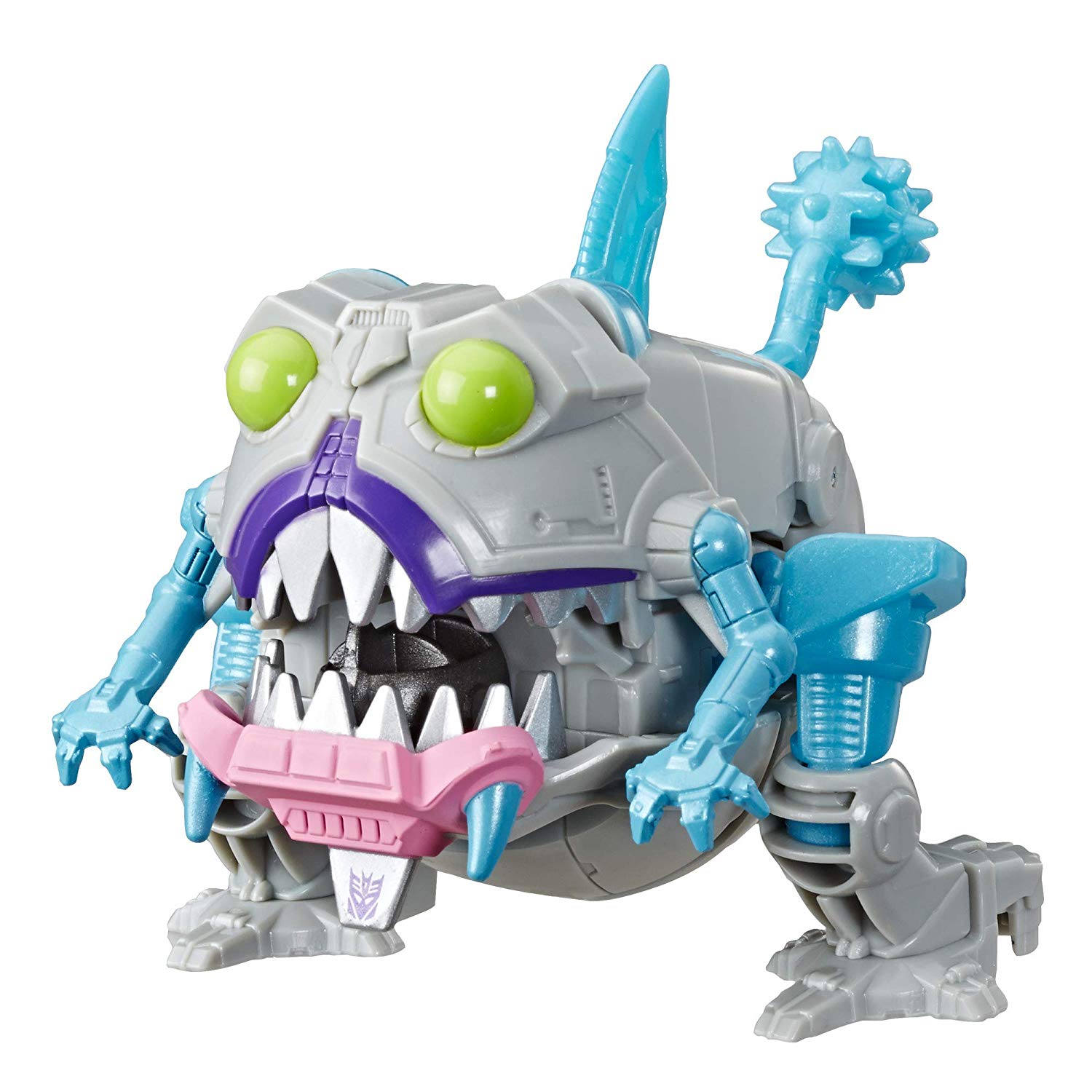 Beast Mode:
Like the robot mode, the beast mode borrows much of its design elements from G1 Gnaw's animation model including the crazy looking teeth, big bulbous eyes and the squat, round appearance. However, there are some key differences in the design. For one, the beast mode arms are part of the beast mode head halves instead of being separate pieces, so they have no articulation. Also, the robot head does not go anywhere during transformation, so if you swing down his lower jaw to open his mouth his head will be inside. Also, the way the mace weapon attaches is different than the Generations Gnaw. Here it is a simple 5mm peg fitting into a 5mm port. On the other Gnaw it is more of a slot with grooves in it. Each design has its advantages over the other but this design has some nice detailing on it and it looks just like the G1 Sharkticon in beast mode so I'm really digging it.

This mode features a couple additional paint applications also inspired by the animated series and G1 toy. He is still mostly light grey but the "whiskers" hanging off his lower jaw and arms are painted metallic teal. The robot feet wind up behind the eyes so there is a bit more teal paint thanks to that. Add in the teal plastic on the upper legs, tail and fin and the teal adds quite a splash of color in this mode. On top of that the upper lips of the mouth are painted purple while the lower jaw is painted pink. The eyes are neon green and the teeth are painted silver. The overall color scheme is a very retro set of colors from a time when pastels and neons dominated fashion and advertising. Combined with the rather unusual shape of the creature (real life sharks aren't balls with big eyes, arms and legs) the aesthetic is retro, scifi and goofy all at the same time and I love it.

There are six points of articulation in this mode, and I'm being generous by counting the ability of the tail to move from side to side.

Final Thoughts:
Cyberverse Gnaw is not a perfect figure. He lacks articulation in some places and he could use a tad more deco in robot mode but man, he's fun and so goofy looking that I cannot help but love this toy. If you are looking to add to your Sharkticon army, definitey snap this figure up. Recommended!