The folks at Super 7 have posted pre-order listings for the second wave of ULTIMATES! Transformers figures! This wave includes quite the mix showing much love for the G1 era. Featuring Bludgeon, Grimlock (dino mode), Megatron and Tracks, these figures have a ton of amazing accessories and pay homage to both the G1 animated series and comic books! Check out the official product descriptions and images below: 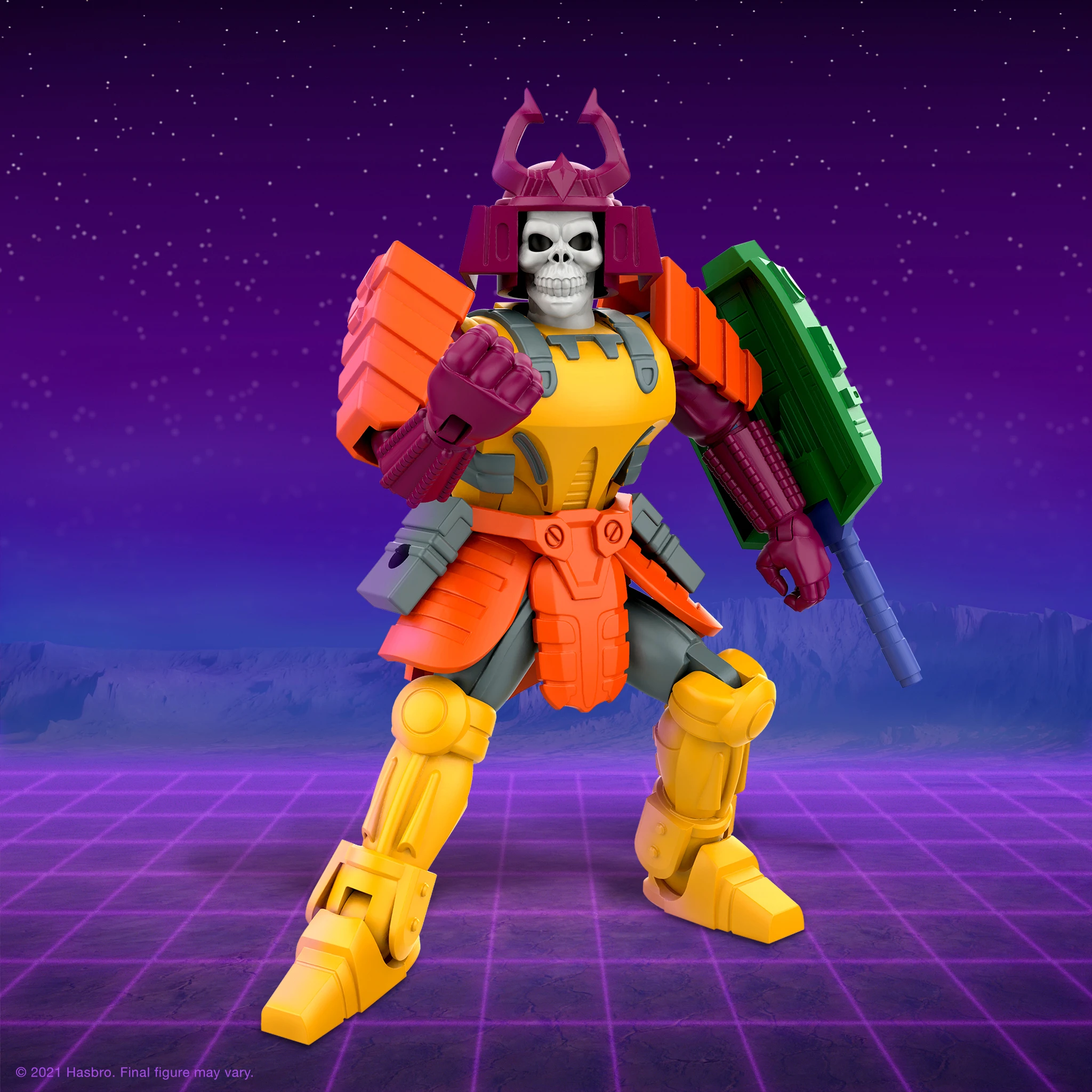 Transformers ULTIMATES! Wave 2 - Bludgeon
Master of the Cybertronian martial art of Metallikato, Bludgeon is a highly skilled, ferocious Decepticon warrior. If you’re not familiar with Bludgeon, he’s a leader of the Mayhem Attack Squad, which should give you some insight into his character. This highly-articulated Transformers ULTIMATES! figure of Bludgeon is inspired by the vintage toy and comics, standing 8.5” in his helmet and featuring interchangeable heads and hands along with an assortment of hand-to-hand combat weapons ready to mete out punishment upon any Autobots that cross him. There’s also a comic-inspired wire bundle that plugs into the bottom of Bludgeon’s head, as if it has been ripped off! You’re not seriously going to pass on the opportunity to add a martial arts Transformer to your ULTIMATES collection, are you?

Transformers ULTIMATES! Wave 2 - Grimlock [Dino Mode]
“Me Grimlock!” One of the most powerful and feared of all Autobots, the only challenge beyond Grimlock’s capabilities is basic pronoun usage, but grammatical shortcomings aside, the Dinobot leader can go toe-to-toe with even the mightiest of Decepticon foes on the battlefield. This 9” highly-articulated Transformers ULTIMATES! figure of Grimlock in Dino Mode features G1 accurate paint deco and an arsenal of accessories that even include his time as a waiter. One more note we saved for the end, you’ll also get Autobot Wheelie, his friend! He can ride on Grimlock’s back, ready to go on the attack! Action, not diplomacy, is Grimlock’s forte, so in his spirit, just add this mighty warrior to your Transformers collection! 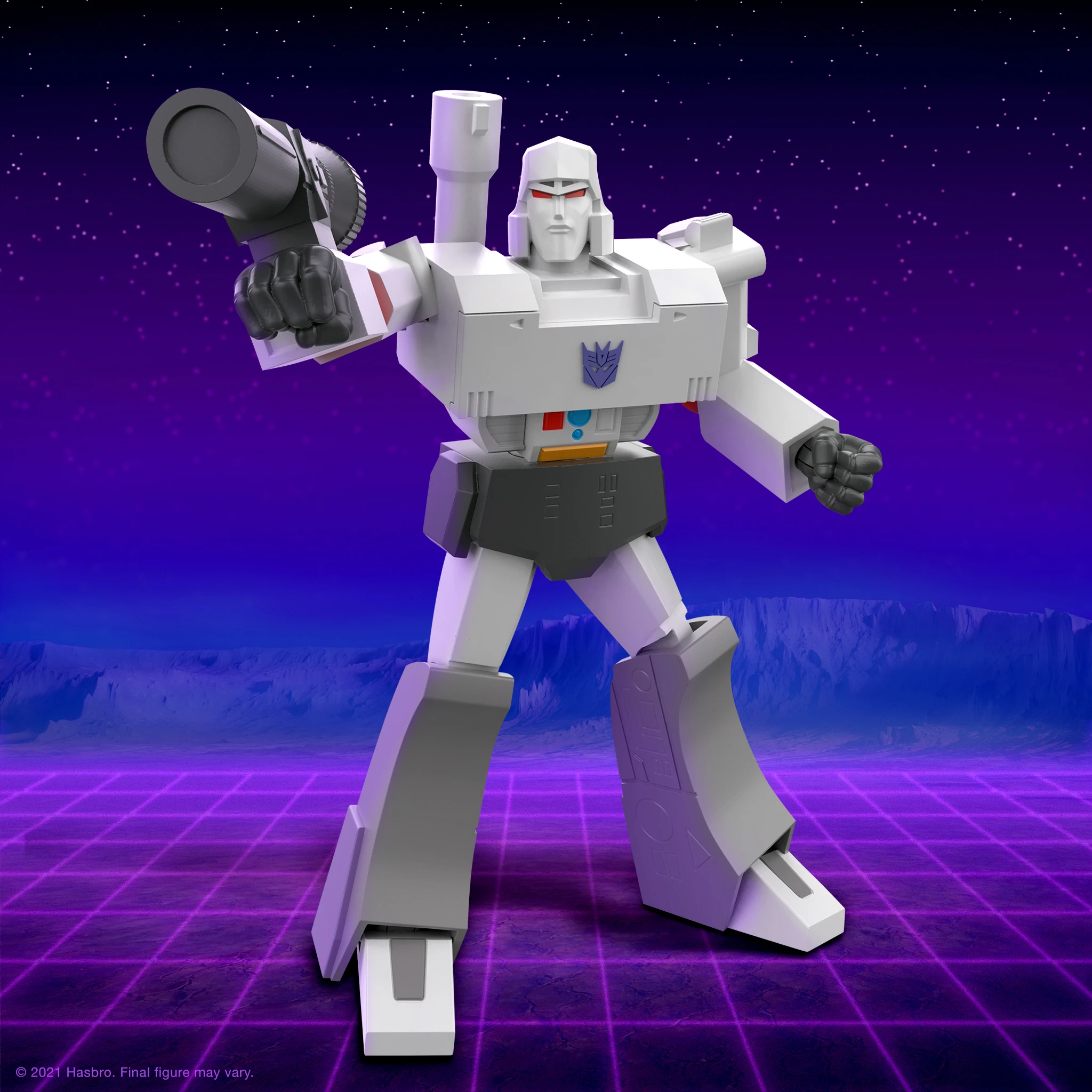 Transformers ULTIMATES! Wave 2 - Megatron [G1 Cartoon]
“Peace through Tyranny!” Megatron is the big bad of the Transformers universe for a reason. Actually, many, many reasons. Tremendous strength, military acumen, and ruthless aggression meant to inspire terror are just a few of his “finer” qualities. This 8” highly-articulated Transformers ULTIMATES! figure of Megatron features G1 accurate paint deco and interchangeable heads and hands. With an arsenal of other accessories, this figure is every bit as well equipped as you’d expect the leader of the fearsome Decepticons to be. Adding this Megatron ULTIMATES! figure to your collection is as inevitable as the fear he instills in his foes!

Transformers ULTIMATES! Wave 2 - Tracks [G1 Cartoon]
Tracks is totally awesome! Just ask him, he’ll tell you! Considering that his non-robot transformations are a sports car AND a jet plane, it’s kinda hard to argue with him. The Transformers ULTIMATES! figure of Tracks features G1 accurate paint deco and interchangeable heads and hands, measuring in at 7.5” in height when fully equipped with his wings and missiles. With an arsenal of weapons and other accessories inspired by both the cartoon and the vintage toy, this Autobot diva is equipped to the nines! Love to hate him or hate to love him, either way, he’s a key member of the Autobots- and seeing that he once risked his life defending San Francisco, he’s near and dear to Super7’s heart.